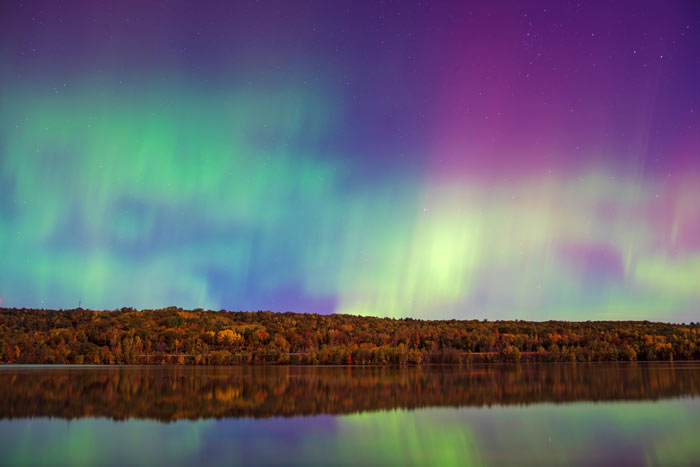 The practice of meditation teaches us how to step out of identification with thought and feeling until we discover the free-floating source of awareness that we truly are. Once we begin to master the art of not identifying with the random movements of our mind we see that even though we felt constrained by the movement of mind we never truly were. The discovery of our true nature leaves us with a tremendous sense of inner freedom and a wellspring of wisdom and creativity.

The miracle of meditation is that the free-floating source of awareness that we truly are is capable of perceiving much more than just those things that our mind can cognize and understand. It is like learning to see with new eyes. We realize that we were spiritually blind, but now we see everywhere. It truly feels like being reborn.

Our thoughts and feelings are not just reporting on a reality that exists independent of us. They are shaping our experience of a reality that we are co-creating. Reality is not something we are just born into and have to deal with. Reality is an unfolding process that we interact with and participate in.

When we realize that reality isn't a given that cannot change we simultaneously recognize that we are not stuck with the reality we find ourselves in. Reality is a creation and we start to wonder how much influence we have on how it is shaped.

This awakening to the possibility of paradigm shifting begins an adventure that has no end. It is the adventure of consciously creating re-creating yourself and the world you live in – potentially over and over again.

We see that the ideas we have about reality shape our experience of it. They exert a distorting influence over how we perceive, but we shouldn't use the word “distorting” because it implies that there is an “undistorted” reality underneath our distortions and the belief in an underlying really real reality is exactly what we see does not exist.

The life transforming and mind expanding realization of paradigm shifting is that there is no undistorted reality underneath our distorted perceptions of it. Reality is not something that exists independent of how we see it. It is not a thing that is separate from our perceptions of it that can be distorted by our unclarity.

The idea that there is a reality that exists independent of our experience of it is an idea that we would be better off without.

To our conventional sensibilities a reality that looks like a conversation seems unreal because it is too fluid. It is contingent upon what gets said and there is no necessary direction it has to take. It doesn't feel universal enough for our current sensibilities. It feels too haphazard.

All of our thoughts, feelings, actions, loves, hopes, dreams, pain and fear are not happening inside reality. All of what we experience and do is creating reality. One of our most deeply held beliefs is the belief in a reality that exists independent of us that cannot be changed. We might alter our perception of it, but it is always the same. Whether we call that reality god and his or her spiritual laws, or we call it the physical universe and its natural laws, we still believe that there is a reality that is immutable and invulnerable to our actions and concerns.

The modern world saw the creation of a secular society that largely gave up the belief in the reality of God. I believe that the next huge leap in human consciousness involves letting go of our brief in a separate reality that we are beholden to. Of course, we Have to avoid making a new universal belief about the insight that there is no solid reality also.

The awakening of paradigm shifting invites us to embrace a reality that is so fluid and malleable to the touch that it makes our head spin. We cannot understand this new world with a mind that has been conditioned by an unquestionable belief in a separate underlying reality.

In order to begin to experience the dizzying freedom of paradigm shifting we must have access to the truth of who we are as a free-floating source of awareness. Only then can we see beyond the mind into the continuously creative process that is generating it.

This is when we discover the true creative power of consciousness. It may no longer feel like our consciousness, but it is a consciousness that we seem to be able to influence as it unendingly and relentlessly spins out in the creative dance of reality.

Reality is not a rock that just sits there to be walked on. It is more like a novel, or a painting, or a song, that comes into being as we write it, paint it or sing it.

We might fear slipping into some belief that there is no real reality, but we can avoid the conundrum of extreme relativism by admitting that there may be elements – the pen, the paint, or our vocal chords – that are beyond our control. We don't have to assume that we have unlimited creative power.

Imagine that reality is like a song that we are singing together. We were taught that there was only one song to sing. Suddenly we realize that there is no end to the songs we can sing – no end to the realities that can be created.