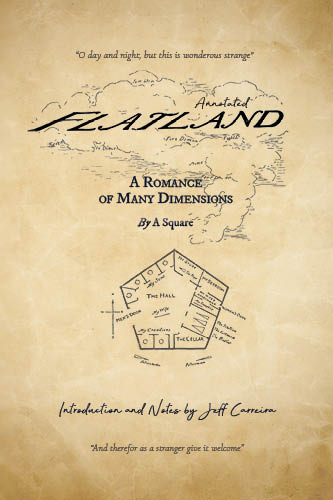 A Romance of Many Dimensions
Introduction by Jeff Carreira
Buying Options
Paperback
Kindle
*As an Amazon Associate I earn from qualifying purchases.*

In 1884 an English schoolmaster named Edwin A. Abbott wrote a novella called Flatland: A Romance of Many Dimensions. Initially the little book was ignored, but after Albert Einstein published his Relativity Theory, Abbott’s book was recognized as a prophetic work of genius that successfully anticipated many of the foundational ideas of Einstein’s theory.

Since then, Flatland has become an enduring classic of speculative scientific writing. Today this humorous work is still considered to offer one of the greatest introductory explorations of multi-dimensionality ever written. The story describes the strange encounter of a two-dimensional being from a world called flatland with a magical being with godlike powers from what he claims is a third dimension. The simplicity of the imagery is the key to its lasting success. Without any mathematical background at all, the reader is brought into a visceral experience of what it means to exist within limit dimensions of reality and what it would mean to have that dimensionality expanded by one.

Emergence Education is proud to offer this elegant new edition. The original illustrations have been retained and an introduction and additional footnotes by Jeff Carreira have been added. These additions highlight the significance of the key insights of the book as they relate to the quest of the modern spiritual seeker. 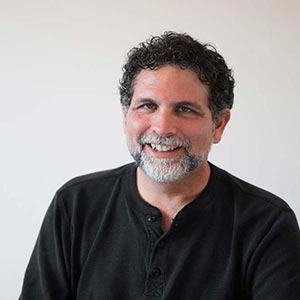 Jeff Carreira
Jeff Carreira is a mystical philosopher and spiritual guide. He is the author of eleven books on meditation and philosophy. He teaches online programs and leads retreats throughout the world that teach people how to let go of their current perceptual habits so they are free to participate in the creation of a new paradigm. To put it simply, he supports people to live a spiritually inspired life, free from the constraints of fear, worry and self-doubt, and aligned with their own deepest sense of meaning and purpose.
Learn More
More Books by Jeff Carreira

A Practical Guide to Higher Dimensions of Reality

Beyond the Wall of Fear

How to articulate your value and sell your products

The Mystery of Collective Awakening

Questioning Identity and Connecting in Oneness

The Miracle of Meditation Oracle Guidebook

A tool of divination for your spiritual evolution

How To Be Free

How to Create Transformative Programs

The Reflections Series Collection One

The Courageous Freedom of Anaïs Nin

A Guide to the First Seven Books of The Reflections Series

How To Think About How You Think

Identity, Philosophical Inquiry, and the Risk of Thinking You Know

The Battle of Science and Spirituality

Reflections on the History of Western Philosophy

How to Successfully Gather and Nurture Your Virtual Tribe

The Path of Spiritual Breakthrough

From Awakening to Cosmic Awareness

Reflections on the spiritual vision of Ralph Waldo Emerson

As Edited, Updated and Interpreted by Jeff Carreira

The Power of Creative Flow

Inner Peace in a Busy World

Reflections on meditation and the journey from anxiety to spiritual freedom

The Spiritual Implications of Quantum Physics

Reflections on the Nature of Science, Reality and Paradigm Shifts

How to Become an Artist of Possibility

The Mystic As Creative Artist Annotated

Reflections on a remarkable essay by Evelyn Underhill

The Miracle of an Open Mind

Reflections on the Philosophy of William James

The Miracle of Self Realization

Reflections on the Spiritual Teachings of Ramana Maharshi

Evolutionary Spirituality, Non-Duality, and Free Thinking in the Tradition of American Philosophy

The Miracle of Meditation

The Art of Conscious Contentment

A Handbook for Meditation and Spiritual Freedom

The Experience of Luminous Absorption

The Foundation of Spiritual Life

The Gift of Spiritual Abundance

Five Principles for Being Happy and Fulfilled Right Now

No Place But Home

Reflections on Meditation and the Spiritual Life

Guiding Evolution From The Inside Out

The Soul of A New Self

Embracing the Future of Being Human

Expanding Our Minds Beyond Dualistic Thinking