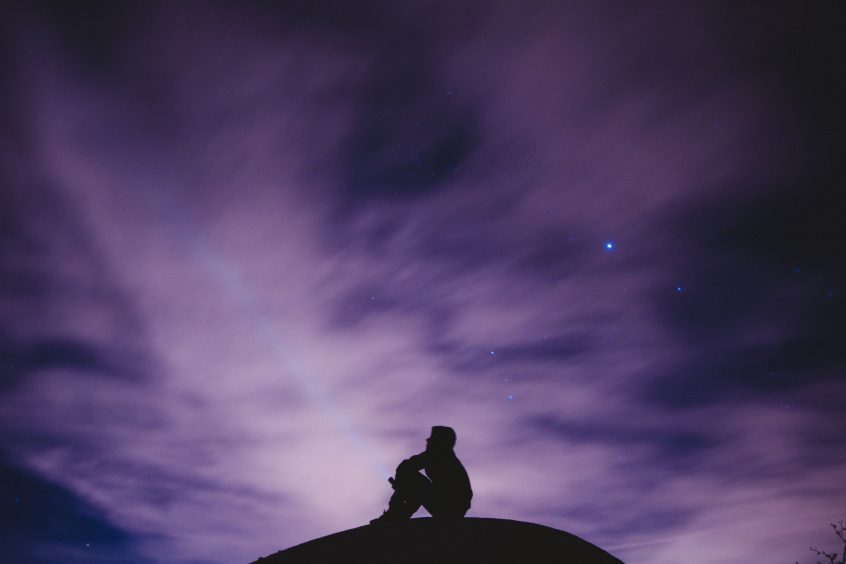 Now let’s take what we have been discussing so far and put it all this together into a model of identification that will help us visualize what spiritual awakening means in relationship to the possibility of shifting into a new paradigm.

It has been a time honored tradition in many mystical and esoteric traditions, East and West, to recognize that the foundation of life is an all-knowing consciousness. Some traditions refer to this omnipresent awareness as God, others as the Self and others merely as consciousness.

We will start with an assumption that such an experience is possible and that it does reveal the absolute or non-dual source of all consciousness. This consciousness is profoundly different from our normal experience of consciousness because it is not separated between a subject and an object.

It is pure awareness, without any awareness of being aware. It is wildly free because it recognizes no distinctions – no self, no other, no this, no that, no now, no then – no difference and no separation. It is the consciousness of Unity. It is awareness without an object. It sees everything, but is blind to what it sees.

I want to share my favorite description of non-duality. This quote comes from the American philosopher Charles Sanders Peirce who describes non-duality as the essence of being first.

“The idea of the absolutely First must be entirely separated from all conception of or reference to anything else; for what involves a second is itself a second to that second. The First must therefore be present and immediate, so as not to be second to a representation. It must be fresh and new, for if old it is second to its former state. It must be initiative, original, spontaneous, and free; otherwise it is second to a determining cause. It is also something vivid and conscious; so only it avoids being the object of some sensation. It precedes all synthesis and all differentiation; it has no unity and no parts. It cannot be articulately thought: assert it, and it has already lost its characteristic innocence; for assertion always implies a denial of something else. Stop to think of it, and it has flown! What the world was to Adam on the day he opened his eyes to it, before he had drawn any distinctions, or had become conscious of his own existence—that is first, present, immediate, fresh, new, initiative, original, spontaneous, free, vivid, conscious, and evanescent. Only, remember that every description of it must be false to it.”

This experience of consciousness without object will be the starting point of our model of identification because it is a consciousness that has no identity, which of course it wouldn't because any identity it would have would have to be second to itself. At the deepest core of our being this undifferentiated pure awareness is who we are and in that place, where there is no other, we are all the same one consciousness. My wording of this reflects my own background in the Hindu tradition of Advaita Vedanta, but as I said, you can find analogous conceptions in many of the world’s great spiritual traditions.

Pure awareness is free in the sense that it has not yet been captured by any paradigm of identification or any belief system whatsoever, because there are no identifiable thoughts yet. But it is in this pure awareness that a process of identification begins to create a solid sense of self that becomes increasingly limited in what it can perceive and act upon. Over time layers of identification appear one on top of another like the rings around the cross section of a tree trunk. The reality we experience as the person we believe ourselves to be occurs at the edge of our being where we encounter the world beyond. Below that surface there are layers upon layers of identification that dictate what is possible for us.

Many spiritual traditions envision the path to Enlightenment or God Realization as the gradual, or sudden shedding of all of these layers of identification leading ultimately to the experience of non-duality or God realization in which we become one with our source. In some traditions the ultimate spiritual goal is described as permanent abidance in that pure awareness.

Our journey in this book will not be aimed at this final resting place. Instead we recognize that the experience of non-duality gives rise to a tremendous creative potential. Once we shed the layers of identification that separate us from our source we can consider the possibility of deliberately re-identifying and building a new identity and re-creating ourselves.

This is how I believe we can re-create both ourselves and the world – by backing out of our current paradigm of identification and stepping forward together into a new one. The ideas and inquires that are presented in this book are designed to loosen the layers of identification that are holding you in your current sense of self while at the same time providing you with some new possibilities to explore.