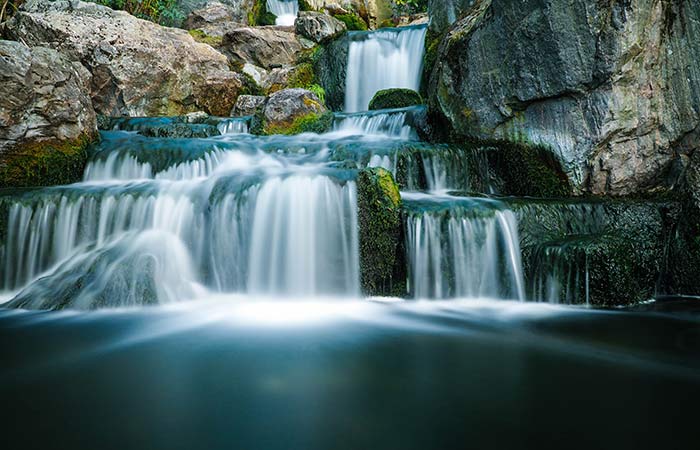 Excerpted from: The Miracle of Self Realization: Reflections on the teachings of Ramana Maharshi by Jeff Carreira.

Ramana tells a story, in The Spiritual Teachings of Ramana Maharshi, about a boy who is fast asleep when his mother feeds him. He eats just as well as if he was awake. But the next morning, he says that he didn’t eat. Of course, the mother knows that he did. Just because the child wasn’t aware of it happening, did not mean that it didn’t happen. And the fact that he wasn’t aware while eating didn’t hinder his ability to eat at all. (Maharshi, 44)

Often, our daily lives are like this too. We get up and follow a daily routine. We brush our teeth, take a shower, get dressed, eat breakfast, find our keys, and go to work. We do all this without thinking. And if we were to try to remember the steps of that process or the actions we took later, we wouldn’t really remember. The series of actions has become so habitual that it's almost like sleepwalking.

Often, our daily lives are like this too. We get up and follow a daily routine. We brush our teeth, take a shower, get dressed, eat breakfast, find our keys, and go to work. We do all this without thinking. And if we were to try to remember the steps of that process or the actions we took later, we wouldn’t really remember. The series of actions has become so habitual that it's almost like sleepwalking.

What Ramana is suggesting is that all of life can be like this, a state of doing things without thinking. You don’t have to focus on your actions, because they will flow through you without you needing to think about them. All the actions of your life flow as a natural consequence of your karma.

Ramana likens this to a man in a cart who is asleep. The bulls at the front of the cart may move, standstill, or be un-yoked during the journey, but no matter what happens to the bulls, the traveler is unaware. What he does know is that, when he wakes, he finds himself in a different place. He is blissfully ignorant of what happened while he was asleep, but still reaps the rewards of moving from one destination to another.

We can live our lives like that traveler sleeping in the cart. We give all of our attention to the True Self and we are blissfully ignorant of all of the day-to-day details of the unfolding of life. Our life continues to unfold, it essentially lives itself, but we are blind to all the comings and goings of it.

I realize that this probably still doesn’t sound very attractive to you. Sleepwalking through life doesn’t sound anything like being awake, you might think. In our culture we are deeply conditioned to think of ourselves as individual achievers, as the doers of all the things that get done. We’re taught to have aspirations, goals, and passions and to make them happen. We’re taught that we must work hard in order to achieve what we want and to get where we want to be in life. We are like the man riding in the cart except that we feel we must hold the reins and drive the cart constantly in order for it to get anywhere at all. If we don’t, or so we are told, we will never reach our destination.

We put a very high premium on free will and effort, and the idea that something like karmic momentum is the driving force of our life doesn’t leave much room for that. We think of a lack of free will as a very negative thing because in the West we are taught to maintain control of our lives. We’re not even taught that the possibility of giving up control could be positive in anyway, and we’re certainly not trained to do it. So, what we have been saying can seem very, very undesirable. But I want to give you a few examples to think about that will give you a very different, and very positive, understanding of what it means to give up control.

When I was young, Portuguese was spoken in my house. However, I didn’t learn the language enough to speak it well. So, I decided, recently, to learn it. With my background, I’ve noticed that sometimes words in Portuguese will spontaneously come to my mind. Inevitably, however, I won’t trust that they’re correct. So, I’ll translate them into English to double-check before I say anything.

But what I’ve found is that, more than half the time, my initial instinct was right. The word was correct. But, because I don’t think of myself as someone who speaks fluently, I feel compelled to check the translation every time. Yet, if I think about the way I’m speaking English, I don't check every word before it comes out of my mouth. I’m just spontaneously speaking the words as they arise in my mind.

When I found myself checking translations today, I realized that, if I could give up control and just speak the Portuguese words as they came to mind, I’d probably be much better off. But as soon as I thought that I felt fear. I realized how scary it would be to give up control that way, even though the stakes are fairly low. The worst thing that could happen, after all, is that I could make a mistake. So what? But even in that circumstance, where so little was on the line, I could feel the fear of letting go of control, of just letting the words come out of my mouth without first having assurance that what I was saying would be correct.

Think about the possibility of living life without paying attention to it, like speaking a language without checking the translation. What Ramana is teaching us is that we can live life fluently without second guessing everything that happens. If we stop continually worrying about what we are going to do, and how we’re going to do it, we might find that our life actually works better. In the same way that I would speak more fluent Portuguese if I didn’t translate every word in my head. If we give up control, our life might unfold even more smoothly and effectively without all of our micro-managing. But letting go, and giving up the driver’s seat, is easier said than done.

You can find the full book here.