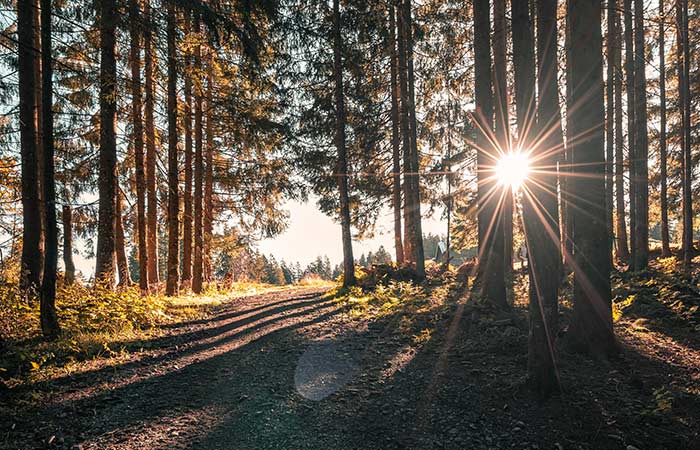 The path of awakening is often talked about as a path of self transcendence, so what roll could work on the self play in that process?

What is a self? We all have one, but there seems to be a lot of different ideas about what a self is. One of my favorite definitions of the self, offered in part tongue in cheek, from the Danish philosopher Soren Kierkegaard goes like this:

I think Kierkegaard did a great job conveying the ineffable quality of the self.

We can express the same strange loop in a much simpler form by saying, “The self is our self-concept.” But that means that the self is a concept about itself. Hmmm, that’s not really any less confusing.

What is the self-concept a concept of? Well ‘me’ of course. And what are you? I’m the self, naturally. Hence you see the problem.

What we call a self, is a label pinned to nothing at all.

There is a different way to think about the self that might be more useful for us. That is, to think about it as a collection of habits of perception and behavior created by historical impressions of past events. As we go through life stuff happens and we draw conclusions and learn things from all of it. Everything that happens to us shapes how we experience and respond to new stuff that happens. A great deal of what we call our self is actually a collection of old habits and conclusions that we unconsciously apply to our current experience.

This collection of habits is what is often referred to as the small ‘s' self, or the separate self. It is the sense of self that is tied to the person with your name, born on your birthday, and anchored to your body. Spiritual awakening is often thought of in terms of an awakening from the small ‘s' self to the big ‘S' Self.

In some spiritual traditions they tell us that in order to realize the big ’S’ Self we need to move the small ’s’ self aside, and even sometimes to destroy it all together. On the other hand, there are some methodologies that seem to see the big ‘S' self as a fully realized small ‘s' self. I think that somewhere between these two extremes is a useful way to relate the health and wellbeing of the small “s” self, to the profound potentials of the big ‘S' Self.

As we have said, spiritual awakening is about the awakening of the big ‘S' Self. That means awakening to the source of all consciousness, the awareness that is aware, pure perception, etc. That source is not an isolated individual person, it is the awareness that is behind the individual, shining through them. It is the ultimate witness. It is the root source of all of the consciousness in the universe. “That” is who we truly are and so in the end, That awareness is awakening to its own Self.

When we spiritually awaken we realize who we really are as that source. We see that we are not a person who is conscious. We are an awareness that thinks it is a person. Suddenly we realize that the universe is one conscious living entity and, as the scriptures tell us, we are That!

Looking only at this part of the picture, you might be tempted to see the small ’s’ self as simply something that gets in the way of the truth. If we do that, we forget something crucial – the small ’s’ self is what did all the spiritual work that led to realization in the first place. All the practice, all the study, all the therapy, all the everything, had to be done by someone before they realized they were no one.

OK, you might concede, that makes sense, but surely on the other side of awakening there is no longer any need for the small ’s’ self. This would be true only if awakening was the end of the journey, but as I see it awakening is not the end of growth, it is the beginning of a higher growth. The journey of life as an ongoing adventure of conscious evolution, and participation in this larger journey begins after awakening.

Once we recognize the truth of who we are, the path continues as the higher potentials and possibilities that have been revealed are brought to life in the world. Those potentials and possibilities are themselves expressed through someone's life, which means through a self. The ongoing expression of higher truth necessitates continued work on the self so that it can become the clearest possible reflection of awakening consciousness. And so you see, the work on the self might be even more important after awakening that it was before.

The reason I find Susan Kullman’s work to be so compatible with my own, is that we are both primarily interested in the full realization of Higher-Self potentials. What Susan brings to her work that I greatly appreciate, is an intimate knowledge of the kind of self-transforming processes that allow us to first effectively climb the mountain toward awakening, and then to become a powerful expression of that awakening.