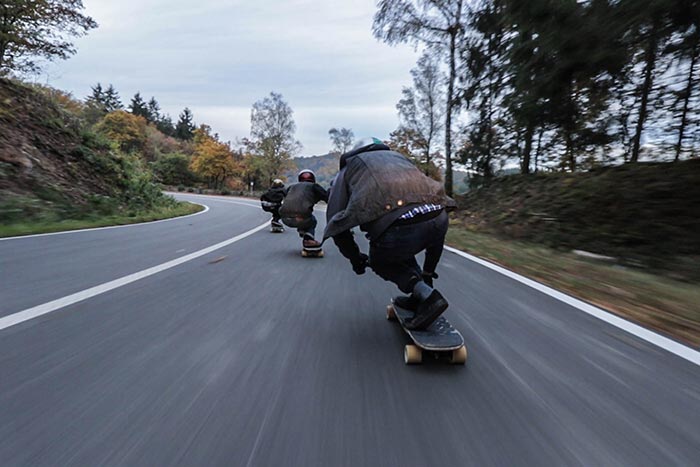 This is the fifth in a series of seven essays.

We are self aware.

Spiritual liberation is often spoken about as the attainment of Self-Awareness, but I think it is better understood in terms of the loss of self-awareness.

Over the past few hundred years, particularly in Western culture, we’ve been very busy developing a strong and stable sense of self. We’ve built up a powerful cultural capacity to hold an abstract image of ourselves and use it as an ever present reference point.

This is the biggest spiritual challenge to overcome on the path to spiritual liberation.

The spiritual liberation we seek is the loss of self awareness. It means letting go of the part of you that experiences yourself experiencing and just becoming absorbed in your direct experience of life.

But because we define awareness only in terms of self awareness, we will not be satisfied with a liberation that we cannot see. We don’t want to be free. We want to experience ourselves being free.

As soon as you let go of the need to know that you’re free you will discover that you already are. You already are having a direct, immediate, unmitigated experience of reality. You are already free of your ego’s distorting influence on perception. You just don’t recognize that awareness because it isn’t an awareness that you can see yourself having.

It will be worth taking a little time to explore the implications of giving up our human centric view of consciousness.

Spiritual liberation is the liberation of consciousness from its current bondage to the human sense of self.

The promise of spiritual liberation is that the profound creative potential that human beings have been developing will finally be at the service of existence itself.

When we get our sense of self out of the way the concerns of existence will move us. Our incredible self aware consciousness will not disappear, it will simply become available for a universal being.

The biggest reason to pursue spiritual liberation is so the true creative potential of the human spirit can become available to serve universal concerns.

In pursuing spiritual freedom it is helpful to see it as a kind of flow state because in flow states life just occurs. We may do things, but we are not aware of doing them. We don’t feel like we are doing them. Everything is just happening.

There may be other domains in which we experience the magic of flow.

When I write I often get into a flow where I find that I’ve written for an hour and can’t remember what I wrote. I often go back and read it and think, “Wow, this is really good.” My wife tells me I’m the only writer she knows who loves their work most of the time. Maybe that’s because it doesn’t feel like me who wrote it.

I also paint, and sometimes my brush just flows over the canvas and amazing shapes and colors appear in front of my eyes. They were not something I was planning for and once they appear I don’t know where they came from.

And finally, when I give an Ancient Lomi Lomi massage there are times when my touch is not guided by my mind. It is guided by the sensation of the skin alone. I have no thoughts about what I’m doing. I am simply in service of a massage that wants to happen.

The primary characteristic of flow is that you forget yourself. You get so into what you’re doing that you forget about yourself doing it. You’ve lost self-awareness. When this happens you feel so free!

Spiritual liberation is a special kind of flow state because it occurs when we’re not doing anything at all.

In normal flow states we get absorbed in a particular activity. It could be skateboarding, knitting, dancing, or tennis, but in most flow states there is something that captivates our attention long enough to allow us to forget ourselves.

The experience of spiritual libration is a state of flow that involves only being. Meditation is a practice that is ripe for igniting these liberating flow states.

If you have time to rest in the inherent amazement of being, you start to forget how you used to watch yourself. You are just absorbed in being. If you are lucky enough to be on retreat when this occurs you may have the luxury of continuing to let go even when you’re not meditating. You find yourself walking around between sessions not sure of who you are and not knowing who is doing anything.

In this open state of mind you are profoundly available to be moved by the love and wisdom of existence itself. You’ve stopped directing life and you’re ready for a greater insight, intuition and care to move you forward.

Your separate sense of self is no longer the one seeing through your eyes. Feeling your emotions, or generating the wisdom that continually arises in your mind.

The spiritual liberation we seek is not our own. Without realizing it we have always been seeking the liberation of the higher possibility within ourselves.

There is a new way of being that is waiting to be born and our spiritual freedom begins the process of its birth.