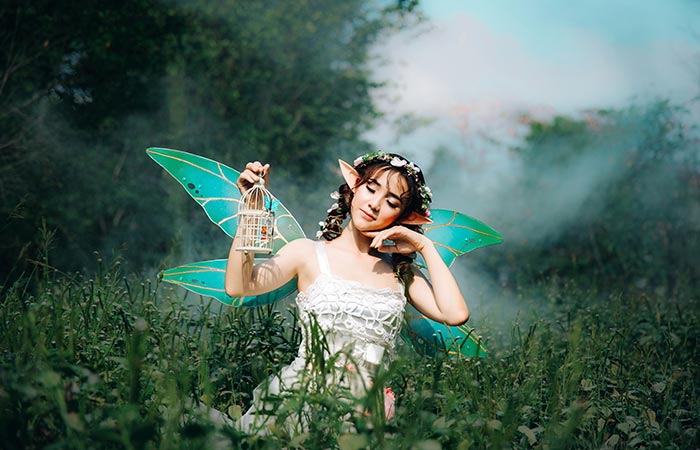 “Nothing is more practical than a good theory.”

When we look at ancient cultures it’s easy for us to recognize the mythical nature of the stories they lived by. We see their belief in a host of gods and goddesses, epic battles, spirits and demons and marvel at their imaginative powers.

These ancient people, we assume, lived in a world they had no capacity to understand and made up stories to explain everything and alleviate their existential insecurities. These stories eased their uncertainty and helped them navigate through the world, but they weren’t even close to knowing the truth.

We appreciate the poetic beauty and inventiveness of ancient myths, but we’re happy to live in the scientific age where we’ve begun to truly understand how the world works. But if you think about it, you can’t help but wonder if our modern scientific understanding of how reality works is itself just a modern myth.

Part of the myth we live in is the belief that we have minds that are capable of understanding how reality works. From there we created myths about a big bang that initiated an evolutionary process that has progressed on a developmental trajectory leading to exactly where we are.

Our mythology includes stories about atoms and molecules, forces and energies, space and time and the natural laws that govern it all. It also includes the belief that we are separate individuals carrying a personal source of awareness inside us and having a psychological self concept that must be healthily maintained at all costs.

You might not see these modern ideas about reality as myths, after all, every mythology includes a story about why our particular myths, unlike all the others, are not just stories because they’re actually true.

How do we know that our current understanding of reality is actually true? You might say because we have evidence that proves it is. But the myths of every age were supported by evidence that came from the experience of the people that believed them.

And besides do we really have proof? Do we know that atoms exist for instance? Have we done the experiments that supposedly prove their existents. Or do we take it on faith that the proof exists and that there are scientists somewhere who know it. How is this different than believing in the priests, priestesses, shamans and wizards of earlier times?

We look at the myths of ages past and imagine applying them to our lives today and they seem woeful inadequate in explaining the world. What we have to remember is that at the time these ideas were accepted they explained the everyday experience of reality better than any other ideas for the people of the time.

A paradigm is essentially a mythology that we believe in. And paradigms maintain themselves through the use of a self-verifying circular logic. It works like this. You experience reality in ways you don’t understand, then you make up stories to explain it, and finally you believe that the stories must be true because they explain your experience. Perfect.

Of course our theories about reality explain reality. That’s what they were created to do.

Ok, you might say, but we do have standards that govern what we believe. Not every wacky theory gains acceptance.

This is true, and valuable to an extent. It’s good that every theory that explains a phenomenon isn’t held as equally valid. It’s good that we use standards to judge the stories we make up.

That being said there is no guarantee that the simplest theory is always true, or that our interpretation of experimental results are always accurate.

We tend to have an inherent need to think we know the truth about reality. After all we have to make choices and those choices are largely based on our ability to predict the future consequences of our actions. If we don’t know how anything works how can we make valid decisions?

We live in a set of ideas about reality and if we’re honest we have to admit that we don’t really have any ultimate way of assessing the validity of those ideas.

Maybe it is true. Maybe we do live in a universe filled with atoms and molecules and individually conscious beings, but there’s many aspects of our experience that our current understanding of reality is woefully inadequate to explain.

If our current explanation of reality is not correct, we have no way of knowing how far off it is. Maybe we are close to the truth and a few more years of tweaking will get us there. But maybe the truth is so far beyond us that we should just stop thinking we know what it is at all.

If we look at the scholars of the medieval church arguing about how many angels fit on the head of a pin we know that no amount of arguing that point, however brilliantly, will ever lead them closer to the truth.

Is it possible that many of our modern myths and explanations will look equally pointless in the future?

What if for instance, our entire reality is a dream being produced in a higher form of mind? What if none of what we experience is real in the way we think it is? This was one of the philosophical musings that Rene Descartes put forth in his meditations at the beginning of the modern age.

Speaking more personally for a moment, I would say that my spiritual experiences over the past three decades have proven to me beyond doubt that reality is so far beyond what I can understand that I feel comfortable not knowing what it is. I also feel that as practically useful as our current scientific understanding is in so many ways, it is dangerous for it to become the only way we search for understanding or the sole arbiter of truth.

What motivates me to teach meditation and guide others through the process of spiritual growth is that I want to share all of my experience with practices and perspectives that liberate us from the hypnotic spell of our modern myths.

Once we are free from the paradigm of our age we begin an adventure into the wider reality that exists beyond it.

Some people who glimpse beyond the assumption of the known become pessimistic, or even nihilistic. Since we don’t know and will probably never know what is true, then what we think doesn’t matter.

My own glimpses beyond the known have filled me with an optimistic hope for the future. Our challenges are vast, but the well of wisdom and inspiration we can ultimately draw from is even bigger.

We may not know what is real, but our expertise of reality is shaped by what we believe and how we think. That is not cause for despair. It is reason for celebration because it means that we have the power to creatively change reality in ways we cannot yet imagine.