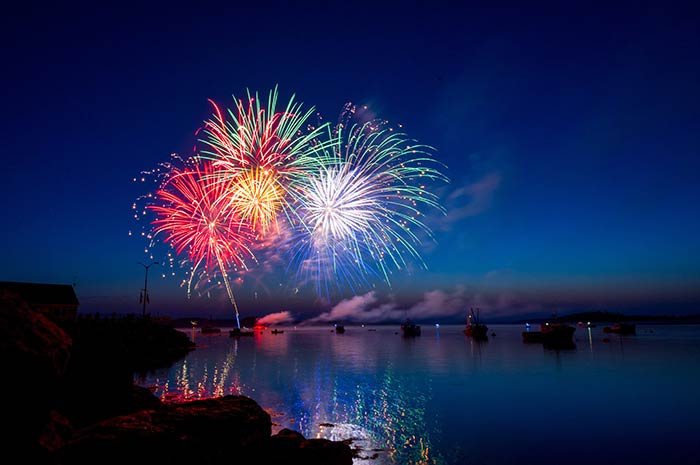 New Year’s Day is known for the resolutions we make for the year to come. We use the date of January 1 to consider our lives, to celebrate our successes and achievements, and reflect on our failures and transgressions. We muster up our power of intention and will and wrap it around a resolution or two that we intend to act on in the year ahead. Resolutions that many “experts” tell us won’t last more than a few weeks.

This seemed like a fitting holiday for me to share with you what I’ve discovered about how to unleash the magical power of intention.

My work is aimed at a shift in paradigm from our current assumptions of linear time and separation in space, to a paradigm of nonlinear simultaneous emergence.

One of the things this means to me is that we’ve been trained to perceive in terms of past and present that don’t reflect the way reality is. The distinction of a present moment that is separate from past and future moments is a human overlay onto a reality that knows no such distinctions. The past and the future are all happening in the mystical present moment of NOW that has been described by saints, sages and luminaries throughout the ages.

Of course many of us have gotten the news about non-linearity, and yet our intentions and resolutions are still mired in the current paradigm’s habitual command and control, strategize and implement, wait and see ways of thinking. This aspirational approach to intention denies the truth of simultaneity.

A very different orientation toward intention has been the fulcrum point of my own spiritual path for over twenty five years. I would characterize the difference as moving from aspirational intentions to instantaneous fulfillment.

Aspirational intentions are goals we hold for a future that we intend to make real. Instantaneous intentions are recognized facts about the way things already are that are not yet fully visible. In the first case you work to manifest something that has not happened yet. In the second, you live into a fuller recognition of something that is already here.

My most powerful experience of instantaneous fulfillment occurred about five years ago and I feel like the best way I can convey what I mean is just to tell you about it.

I was leading a small retreat weekend of just five people and me in Copenhagen. I began our first session on Friday morning by having everyone speak about their intentions for the weekend.

As I listened to each person I began to feel a powerful energy arise in the room and my consciousness shifted into a clear and open space. I saw that none of the intentions being described meant anything because they were all future aspirations that had no reality in the present moment.

With a passion inspired by the clarity that had arisen in that moment I boldly declared that the only worthy intention for our weekend would be for it to be the most important weekend of our lives. As the six of us talked about this I experienced us being swept up into a powerful recognition of nonlinear simultaneous emergence. In retrospect I see that this was the key to the power we discovered. We were not using a non-linear technique from our normal linear consciousness. We took the risk to step into non-linear simultaneity together.

It wasn’t easy. It took time and some challenging discussion before we felt that we had authentically crossed over into a very different depth of conscious intentionality. At that point we came to an unshakable recognition that this was the most important weekend of our lives. It wasn’t our intention that it would become so, it already was. The energy in the room at this point was amazing. The air was charged with an electrical sense of potency and my mind felt free and fearless.

To the extent that we are limited by the assumption of linearity a vow like this might seem ridiculous. After all, how could we possibly know that weekend would turn out to be the most important one of our lives?

Ah, but that question reveals the limitation of aspirational intentions. They aren’t real intentions. They are intentions to work toward something that doesn’t exist yet. And because there is no separation between the past, the present and the future, if something doesn't exist yet it never will because the entire future already is now. This may seem like a matter of semantics, but I encourage you to give some thought to it and see how empowering it is.

It was not an intention we vowed to work toward. It was a reality we recognized to be true and decided to live in. That is how instantaneous fulfillment works. You can’t just state an intention in the present tense and hope it will happen later. You have to authentically find the place where that intention is already true and step into it.

So what was the result of the intention we discovered that weekend? I can only speak for myself of course, but for me that is (not was) the most important weekend of my life. During that weekend the six of us entered into an ongoing conversation that flowed in a continuous revelation of a different paradigm of being.

I had experienced collective awakenings like this before, but during this one it became clear in a much deeper and more independent way that this experience of a new paradigm was and always would be the center of my life. A few years later, when the spiritual community that had been my whole life for twenty years fell apart it was the experience of that weekend in Copenhagen that gave me the conviction to continue my life’s work unabated.

From a linear point of view you might congratulate me thinking that I had made an intention come true. This would miss the point, because that weekend didn’t become the most important weekend of my life through the power of the intention I made. It is the most important weekend of my life because I still intend it to be now. I remain true to the shared energy that emerged in those dynamic hours of discussion and revelation.

As we step into the truth of non-linear simultaneity we begin to wonder if in some mysterious way everything is the way it is because we intend it to be that way.