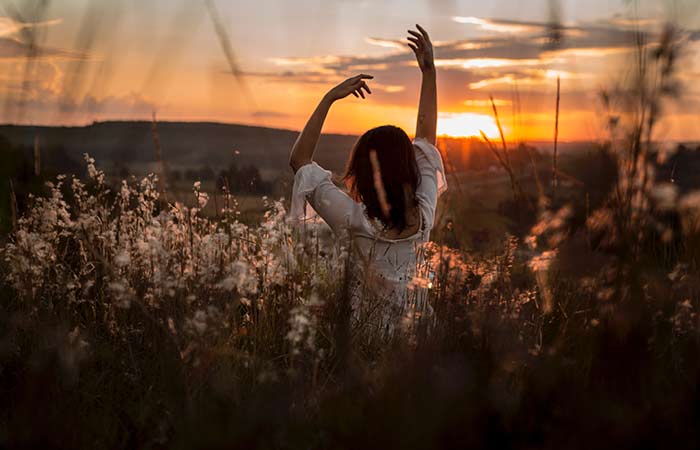 One way to describe spiritual awakening is as the recognition that “this is it.” The experience that you are having right now is already awake and there is no other experience to get.

The challenge of sharing this perspective of radical immediacy is that it’s just to simple to understand. Your mind will never get it. And the way your mind tries to make sense of it, is by imagining some experience of recognizing that “this is it.”

It can be misleading to even talk about awakening as a realization or a recognition because either tends to encourage people to assume they need to have an experience. We look at our current experience and think, this can’t be it, there must be more to it than this.

It feels way to simple and yet it is that simple. Awakening is not a realization or a recognition. It is an acceptance of the truth of what is. Surprise you’re already awake. Already alive. Already here. The miracle has already happened.

Whenever and however that moment comes all that is going to happen is you’ll stop doing anything.

You’ll stop making any conscious effort to make things different from the way they are, and any unconscious striving will also cease.

You will simply give up trying and become totally relaxed. You will be finished with it all.

You will not be effortfully stopping. It will just have happen. You won’t be using the idea of stopping as a strategy to awaken. You just won’t be able to go on making effort.

You will probably feel like you’ve failed and are giving up on enlightenment.

You could call this a path of spiritual attrition, where surrender occurs because we simply don’t have the drive to continue making effort.

After nearly twenty years of one-pointed dedication to intensely effortful spiritual practice while living in an experimental spiritual community there came a time when I just didn’t have any more energy to continue.

It occurred at the start of a 10-Day meditation retreat and initially I did think that I had failed and was giving up on the spiritual path.

I had stopped making any effort of any kind to alter anything in anyway. I fell into complete and total rest and the utter relaxation of any effort.

For a moment it felt like a big game over, epic fail. And then I realized that that wasn’t it at all. I was actually sitting rock solid still in meditation like I never had before. I was perfectly unperturbed by anything in any way. I couldn’t care less what my experience was.

The days of that retreat were spent in total surrender. It was so easy to just sit and do nothing. I realized that this was the first time I had ever truly and honestly meditated without any effort for this length of time.

Everything about my experience was exactly the same as it had been during any other retreat. Sometimes my practice was easy and open. Sometimes it was boring and frustrating. Other times it was frantic or painful.

No matter what I was experiencing I just sat there. None of it mattered to me. I was just there living through it all. Some of it I loved, some of it was awful, and most of it was somewhere in between. And it didn’t matter to me at all.

I was free! totally and perfectly liberated from the need to have my experience be anything other than whatever it was at the time.

It is impossible to describe this, but something truly miraculous began to happen that I’m afraid I wont be able to share without creating confusion and sounding like I’m contradicting myself.

You see, when all of the effort ceased a new dimension of perception open up. I began to see everything from a completely different place. I could see how it all works. How the mind has experiences that are interpreted through preferences and show up as things we either want to push away or hold onto.

The fundamental mechanisms that move us were exposed like the wizard behind the curtain in The Wizard of Oz. And even seeing this didn’t matter to me. There didn’t feel like there was anything at all that I needed to do about any of it.

It wasn’t going to stop just because I wasn’t participating anymore and saw it clearly. But – and this is the real miracle of meditation – it didn’t have to stop before I could be free of it.

We are free when we are utterly relaxed about everything. It all continues but it not our concern any more. It’s like watching your mental machinery running though its prescribed program and wondering how you could have ever believed that was you.

This is the total freedom that I always want to share when I lead a retreat.

But how do I do that?

Telling you about it, like I just did, might be a good start because at least it might inspire you to what to make no effort. Unfortunately it will also almost certainly spur you into trying to stop yourself from making effort. And trying to stop making effort is not the same as making no effort.

My experience tells me that inspiring people to make no effort isn’t enough. I also have to convince you to release any illusion of deficiency that might be lingering in your mind.

We’ve all been indoctrinated into a culture of scarcity and deficiency. We are trained to believe that we are not enough — don’t have enough, know enough or are good enough, for pretty much anything we really want.

If we start from this assumption we inevitably end up making effort to get something that we believe we need, and that effort is exactly what shields us from the truth of who we already are.

That is why on my retreats we start by asserting, accepting, and surrendering to the truth that this is it, nothing more is needed, and there is no where else to go. We are done before we’ve begun!

From there we simply keep returning to the truth of our inherent wholeness whenever our habits of deficiency lead us to believe that something is missing and that there is something left to do.

The atmosphere on retreat needs to be safe enough for you to be able to relax all effort. This is not about getting free, because free is where we start.

The real opportunity of a retreat is about the miraculous new new dimensions of awareness that open to reveal the inner secrets of the cosmos. This opening to higher perspectives can only happen when our awareness is liberated from the need to manipulate our experience in any way.

But of course, even the opening of new dimensions of perception won’t matter to us, because we are already free.

Are you looking for ongoing spiritual transformation and the support of an inspired global community?
Become a member
Subscribe
Login
0 Comments
Inline Feedbacks
View all comments