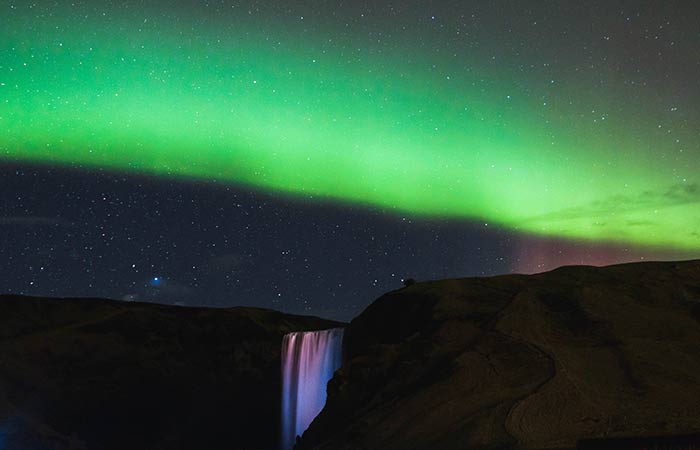 There is a magic to the practice of meditation that many practitioners never discover because we only find it when we eliminate time from the equation. You can call this the discovery of radical immediacy and it is the central insight of the Hindu tradition of Advaita Vedanta that I was initiated into, and the Dzogchen teachings of Tibetan Buddhism.

The secret to this profound approach to practice is the realization that true meditation is not something that happens in time. It happens instantaneously, the moment you decide to let go. It doesn’t matter if you sit for twenty minutes or two hours, the meditation always occurs in the very first instant. Everything after that is just sitting as any Zen master will tell you.

When you sit in meditation you simply let go. You just drop all attempts to control, alter or manipulate your experience and let everything be exactly as it is. As the Sufi mystic Rumi put it, “close your eyes and surrender.”

If in meditation you find yourself engaged in the activity of trying to let go, you are, in actuality, still holding on. Pick up a pen in your hand and then let it go. How long does it take? If you open your hand slowly, it could take an hour before the pen drops. That doesn’t mean that you were letting go for an hour. It means you were holding on, albeit less and less, for an hour before letting go.

We often, without realizing it, approach meditation the same way we approach everything else in life – as an accomplishment to be achieved.

At the start of meditation, we see ourselves as separate from some higher state of consciousness that we must work toward through the practice.

By imagining ourselves as somehow not there, we are inadvertently causing our own bondage. Spiritual freedom is not a goal that we attain in the future. It is the truth of our true nature now. Free is what we are. The only thing that keeps us from realizing it is our own insistence that we are not.

True meditation is not an activity designed to liberate you. It is the practice of freedom itself. The goal is freedom and the practice is to be free. No distance needs to be traveled and no time passes in this journey to where you already are.

This is the realization of radical immediacy. The magic begins as soon as we choose to be free by simply allowing everything to be exactly the way it already is.

Suddenly, we realize that we have slipped out of time. We have become liberated from the relentless march of passing moments.

It is impossible to describe in words, but it is as if you are nowhere and everywhere simultaneously. You still see every thought, every feeling, every sensation, but you are not inside them any longer.

As you continue to rest in this magical space beyond time, the passing show of arising experience becomes less and less captivating of your attention. Gradually, you become aware of the utterly invisible infinite space that all experience arises in.

I believe that this experience of trans-sensual perception is what inspires spiritual passages that speak to being blind but seeing everywhere.

Practicing meditation in this way initiates us into the mystery of being.

Once we taste the invisible infinitude that engulfs us, we realize that it is not just empty space. It is a living being – the ultimate source of wisdom and love in the universe. It is not dead. It is alive and it lives through us.

From this moment on, we feel compelled to become an ever more perfect channel for the manifestation of this universal heart and mind. We recognize in a way that can perhaps best be described in the words made famous in the West by the Indian sage Nisargadatta when he proclaimed, “I am that.

If we are so lucky that our identification with the small self yields to the recognition of who we really are, our spiritual orientation will flip on its head. We are no longer interested in trying to get anywhere, we only want to be more and more of who and what we already are.