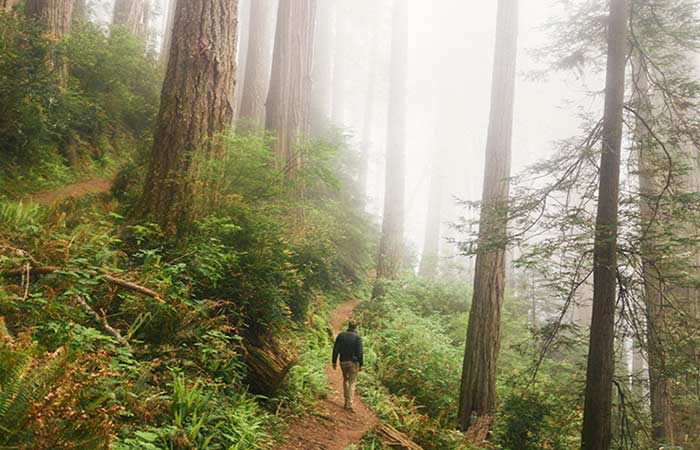 Once during a two-month-long meditation retreat, I was sitting and deeply embracing an impossible combination of opposites. I was focused, concentrated and alert on one hand, and at the very same time, relaxed, at ease, and restful on the other. That is the magic combination of opposites that constitutes true meditation. That is the space where the opposing poles of concentration and relaxation combine to make miracles happen.

On this occasion, I was sitting in that perfect space and feeling a deepening of my being. Initially, it was a familiar sinking feeling, as if I was floating downward through murky depths toward the ocean floor. As the deepening continued, I became more and more relaxed and at peace, and at the same time, the experience of being aware became increasingly vivid, vibrant and alive.

In some traditions this unique combination of qualities is referred to as the perfect middle place between all pairs of opposites. I’ve also heard it simply called betweenness. By cultivating this profound inner space, you learn to rest in total intention without any attachment to outcome. It is also where you are perfectly attentive without focusing on anything. What makes this position so magical is that you are completely energized and totally disengaged at the same time. You are resting in a state of pure potential, and if you sit there long enough something extraordinary will inevitably happen.

Now on this particular retreat, at some point the deepening slowed down and eventually stopped as if I had gently settled onto the ocean floor. I was simply resting in pure potential with nowhere to go and nothing to do, because nothing was missing. It’s impossible to tell how long I was resting there, because there was no sense of time passing at all.

At some point, I began to feel an outward flowing energy. It was a delightful sensation of energy from the center of my being rolling outwards toward and beyond my edges. I was meditating with my eyes gently open gazing downward toward the floor. I wasn’t paying attention to what I was looking at, but I couldn’t help noticing when the floor started moving away from me.

At first I thought that I was floating toward the ceiling, but then I realized I was still sitting on the floor. I was just getting bigger. Eventually, I was so big that my head was at the height of the ceiling and I was looking straight out at the rafters. Then my head passed through the ceiling and I was outside above the building.

I kept growing and growing. I could see the town far below me. And then the hills and valleys for miles around. Eventually, I could see the globe of the Earth until it shrunk down to become just a tiny dot. Finally I saw all the stars of the universe inside myself. The expansion stopped and I experienced the cosmic delight of the universe. It was the most perfect state of wholeness and completeness that I had ever experienced. I cannot truly describe what it felt like, because no words can contain it.

In the midst of that bliss, I realized that this was a place I had known intimately when I was just a little boy. I finally remembered something that I had forgotten for nearly forty years. What I remembered was that, at the age of three or four, I would lock myself in my parents' bathroom and look into the full-length mirror that hung on the door. As I stood perfectly still staring into my own eyes, I would grow until I was the size of the universe and I would rest there for a while in a fully exalted state of being. When I would eventually return to the bathroom, I would simply unlock the door and go my way.

The expansion I experienced years later on retreat was identical to my childhood experiences, and just like when I was a boy, at some point I began to shrink again, and the globe of the Earth slowly became visible against the background of stars. I wasn’t sad about it. I was full and perfectly content. And amazed at what I had remembered.

Suddenly, my lifelong obsession with spiritual pursuit made perfect sense. Of course, I never felt content with my conventional life. Of course, I went to see teachers, learned techniques, did countless hours of practice, and lived in a spiritual community for twenty years. What else could I do? I needed to find my way home.

Too often our spiritual pursuits are aimed at the future, spurred by an assumption that we have not experienced the fullness of our being. I wonder if that is true. I wonder, how many times have you already, in some way or another, experienced the miraculous truth of who you are only to forget about it entirely?

I believe that those of us who are compelled to follow the spiritual path are not being driven by what we haven’t experienced. We are driven by what we’ve already experienced, but forgotten about. It makes sense if you think about it. Where would we get all the energy to follow a spiritual path if we hadn’t already seen what was possible. Sure, there are probably some who pursue awakening based solely on experiences and concepts they have heard or read about, but I believe most of us on the path are trying to remember what we already know. Shifting your orientation away from a future experience that you assume you haven’t had, to the remembering of the truth you’ve known so well but lost, might be the key to rediscovering yourself.

When I lead retreats I ask everyone to start from a place that I call Spiritual Abundance. That means we start with the assumption that we are already awake, that we have already experienced the ultimate, and that all we are doing is allowing ourselves to be who we already are and remember what we already know. The results of this orientation can be incredibly powerful and liberating, because we start in the pure potential that lies between wanting to remember who we are, and knowing that we are already that.

I ask again, how many times do you think you might have experienced the ultimate glory of who you are and forgotten about it? How much do you already know?

The next time you meditate, try sitting in that place between everything, rest in the pure possibility you find there, and see what happens.