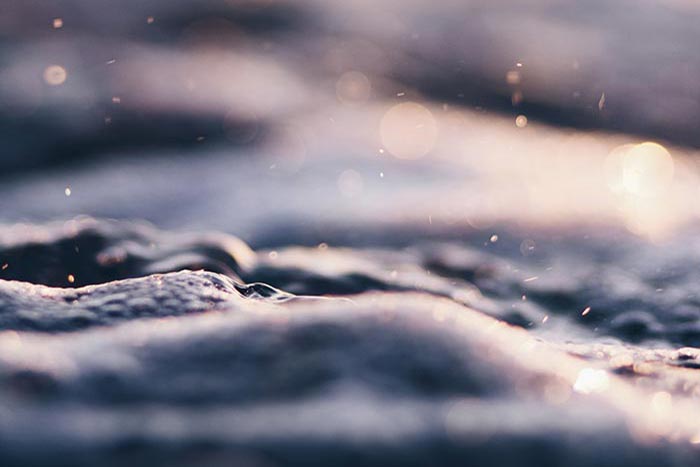 This is the third in a series of seven essays.

Shortly after devoting my life to spiritual pursuit in 1992 I embarked on a quest for collective awakening – or what we called at the time inter-subjective enlightenment. I was working with a group of incredibly dedicated spiritual practitioners in the context of a residential community in which we did enormous amounts of practice and exploration.

Today the term “we-space” practices is used to denote a variety of spiritual approaches that often involve exercises that take place between individuals. These practices have gained considerable popularity in recent years, but at the time I got started with all this they were largely unknown.

After nine years of intense pursuit I had the incredible good fortune to be present during a dramatic emergence of collective awakening. What I experienced at that time divides my life in half. Who I was before and who I am after is not the same the person. So tremendous and mysterious was the impact of that experience on my life that I wrote a book devoted to trying to understand it. Here is how I described the initial onset of the experience in The Soul of a New Self:

“At that instant a burst of energy swept through us. It swirled faster and faster around the circle, and then it shot straight upward. The top of my head opened up to the heavens, and a profound power surged through me. It felt like a collective kundalini awakening. I felt the stars above me through the opening in the top of my head; we had become a portal to another universe.”

I’ve never recovered from the experiences of true communion that I had at that time and everything that I do today is ultimately motivated by my deep desire to share that miracle with as many people as possible.

For years after that initial experience I traveled throughout the US and around the world leading “Enlightened Communication” discussions that could reliably catalyze experiences of collective awakening in groups of people.

What I learned after years of leading these groups was that inducing experiences of shared consciousness did not necessarily generate the deeper shift that I knew was possible. I believe this is because even an experience of collective awakening is almost always, in the end, identified with as an experience that the separate sense of self, or ego, has had.

The First Trouble with We-Space

The tendency for collective experiences to be claimed by the separate sense of self is the first trouble with we-space practice. Before a collective awakening experience can have its full transformative effect the individuals involved need to be resting to a significant degree free from identification with their individual self.

It is very possible with the proper guidance for a group of people to shift from the identity of individuality into the collective identity of a higher-we being. Still, if fundamentally the individuals are identified with the separate sense of self, then when that experience ends – and experiences always do – it will become merely an amazing experience of collective awakening that the separate sense of self thinks it had.

The result of this miraculous experience will end up being a separate self that has experienced a miracle. That may be wonderful for the individual, but the true potential for a new human culture will be left unrealized.

As I said, for many years my work largely involved repeatedly facilitating experiences of collective awakening in diverse groups of people, but after realizing that those experiences are too often reabsorbed into the separate sense of self, I decided to take a step back and reconsider how best to share that miracle.

It may look to some like I’ve given up on collective awakening, but nothing could be further from the truth. I’m committed to cultivating the ground for a miraculous collective emergence of shared awakened heart and mind, and it might take some time and work to get there.

The Second Trouble with We-Space

There is a second trouble with we-space practices that I try to avoid in my work. This is the mere fact that identifying something as a we-space that is somehow separate from another something that we call individual consciousness, inherently denies the collective nature of being.

The big realization of collective awakening is that we never were individuals in the first place. We are not “me-spaces” coming together to become “we-spaces.” We are a collective being that is waking up from a dream of separation, division and isolation, that was never true.

I hear people talk about individual vs. collective practices, but these distinctions can inadvertently reinforce the false sense of separation. There are no isolated entities to do individual practices. Life is a collective experience. Ultimately the radical leap of collective awakening is the recognition that the experience we’re already having was always shared between us.

The Third Trouble with We-Space

The third trouble with we-space that I try to avoid is in some ways the most troubling of all.

More often than not we-space practices are approached from a human-centric vantage point. Gathering human beings together in a shared space of heart and mind excludes many other entities in the universe.

Right now more than ever we need to embrace a paradigm that includes every living and non-living entity in existence. If we unify as a single species at the exclusion of everything, or even anything, else we will not have gone far enough.

Our fascination with our own species must come to an end. It is time to embrace non-separation with al of creation. This requires a very different kind of collective pursuit.

The Miracle of Emergence

So in my work I have shifted emphasis from collective awakening practices to what I would rather refer to as emergence practices.

I feel that the most important collective shift that we can have is the direct recognition of emergence. We need to see with our own eyes that nothing is being done be individuals or even groups of individuals. Everything is emerging out of the circumstances of existence itself.

When we let go of our assumptions of separation and stasis what we discover is that we are part of an ongoing flow of emergent phenomenon and we ourselves are emerging anew continuously. From this perspective it is hard to see yourself as separate from anything.

We are not static individuals that create things. We are emerging together with everything else and the things that appear to be created by us are really coming through us from the creative powers of the emergent flow of reality itself.

We are the instrument that thought it was the musician.

We are the brush that mistakenly thought it was the painter.

We are the musician that thought it was the instrument.

We are the painter that mistakenly thought it was the brush.

Yes we have been blessed with the mystery of self conscious awareness and because of this we are better able to effect how things emerge through and around us.

Our work is to learn how together we can create the conditions for the emergence of never before seen possibilities. This is how we become artists of possibility.

We are all channels of higher spirit already and we can expand the possibilities that come through us by becoming undeniably unified with the source of creation itself.

Jeff, Ken Wilber had a conversation with Terry Patton about We-Space a year ago or so. Ken made the point that we-space take the shape of the container that is created to hold it. I find this to be true every week in the small group calls I facilitate. Have you experimented with creating collective containers that address your concerns, as you obviously don’t want to throw the baby out with the bath water. 1) Problem of Individuals having a Collective Experience: Create perspective where Collective Consciousness is having an experience. In Meditation create perspective of Planetary Being (for example)… Read more »