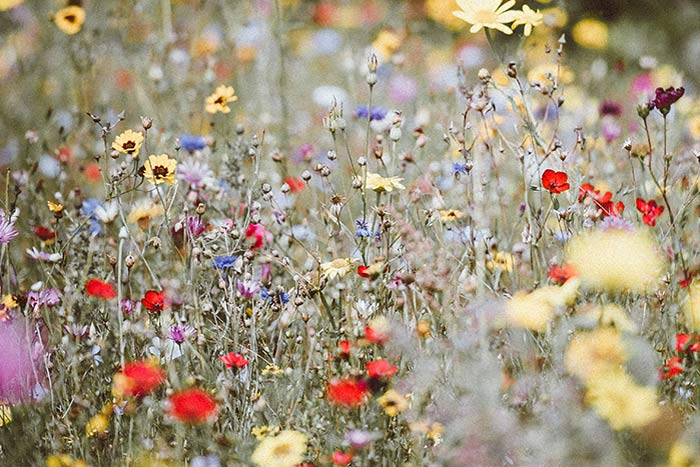 This is the second in a series of seven essays.

To truly appreciate how profound a shift is possible out of our current reality we must learn how to question our current experience of reality in the deepest ways that we can.

In the modern world we live under the spell of a highly materialistic worldview. Our materialistic assumptions lead us to assume that we live in a universe made up of physical stuff and that consciousness is somehow the product of interactions between material elements.

If you pay attention you will see that this assumption doesn’t actually stand up to the test of your own direct experience.

We don’t live in a material world of physical stuff. We live in a perceptual world of experienced phenomenon. We talk as if we experience things, but really we just have experiences, and then we learn to assume that there are material things behind those experiences.

But how do we know there is anything material behind the experiences we have?

Look at something in the room around you. Really look at it, touch it, listen to it, smell it, taste it. The thing that you are looking at whether it is a postcard, a cat or a lollipop, is not made of matter. Whatever it is, you will see that it is made up of sensual experiences.

When I touch the hard smooth surface of this table I assume that my fingers are making direct contact with a physical object.

This is only one interpretation of what is happening, but this materialistic interpretation has become so widespread in our culture that it appears to us as obviously true.

But just because something appears to us as obviously true doesn’t mean that it is.

Do you have any direct evidence, and real proof, that material things exist?

We assume that we live in a physical universe filled with material things, but what if we live in a dream universe generated by mind and imagination?

You have no direct access to physical things. You encounter every seemingly material thing through your experience of it. The only thing you actually have access to is experience itself.

You do not live in a physical world you live in an experiential world.

This philosophical view is known as Idealism. An idealist does not believe in a physical world filled with material things. Instead she believes that we live in a dream world created through the imaginative powers of mind.

Materialism has been the dominant paradigm in the Western world for only a few hundred years, but for a couple of millennia before that Idealism was almost universally accepted as the truth.

In earlier more idealistic times it seemed obvious that this world had to have been created by some intelligent being. It couldn’t have just appeared out of nothing as a collection of physical things.

It seemed completely obvious to most people prior to the European Enlightenment that this world had to have been created by some kind of divine consciousness. We were children of the Divine in the sense that we were his or her imaginative creation. We were created by the divine the same way that the characters of my nightly dreams are created by me.

During the Age of Enlightenment the worldview of scientific materialism was adopted and has been the dominant worldview of the Western world ever since.

Scientific materialism has bestowed tremendous blessings on humanity. Generally speaking more people live longer and more happily than ever before. Our technologies make things possible for everyone that would have looked like magic to people of earlier ages.

We can be cured of diseases that would previously have meant certain death. We can fly around the world. We can speak to people while watching their image no matter where they live. We can buy fresh cut flowers everyday of the year. The list goes on and on.

We are blessed, but the blessings came with a cost. The adoption of scientific materialism also led to a culture of consumerism in which everything tends to be seen as something to be used. We have ravaged the Earth extracting all of the materials that we find useful to us.

A worldview that sees reality as a collection of non-living, unconscious material stuff has a difficult time seeing that everything is part of a living system and that you can’t necessarily take what you want and leave the system healthy.

The adoption of scientific materialism has inadvertently created a global crisis that has ecological, political and social impact. And the root cause of this crisis is a paradigm that sees everything as material to be used for our own benefit.

There is no reason to feel guilty about this. It isn’t anyone's fault. No one wants climate change, or species extinction, or masses of refugees roaming homeless through the desert.

We aren’t going to be able to understand our way to a solution to these problems, because the roots of the problems are embedded in the ways of thinking we are using to come up with solutions. In fact, the very act of stepping back to consider the problem as if it were separate from us is itself part of the essence of the problem.

I believe that what we can do is to make the effort to shift out of our materialistic assumptions into a completely different interpretation of reality.

We need to become paradigm shifters who can authentically move from one worldview to another. Who need to leave our materialistic assumptions behind, take a deep breath, and dive into the possibility that what we know of reality is generated entirely through the creative powers of mind.

During this summer's retreat we will engage with practices and exercises that allow us to feel into an authentic experience of idealism. We will let the solid world of physical stuff slip away as we enter together into a world that is more fluid and malleable than we ever imagined.

Like threading the eye of a needle, we must find a way to let go of all of our assumptions about what is real. We must become comfortable with not-knowing and enter into a profoundly creative, liminal and imaginal space.

In this magical space between worlds we can begin to experiment with different assumptions about reality.

What if the world and everything in it including us were like a dream generated in the mind?

In a retreat environment we have the time, space and focus to live into a new reality together until we find ourselves living in a dramatically different experience of reality.

Together we will discover that the foundation of reality is not matter, it is consciousness. And we are that consciousness. We are the dreaming that is generating reality and we can change the dream if we learn how to wake up in the middle of it.

Hello Renee – I look forward to seeing you on retreat next month.